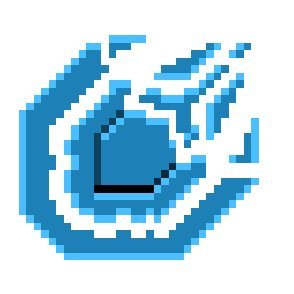 Galactic Academy: Going from Zero to Hero on Blockchain with Polygon

From this starting point, the Galactic Academy will make sure these new blockchain users acquire the skills of the new digital age: token swaps, liquidity mining, cryptoeconomics. A dedicated Cometh playground will engage them with ~ $1000 in MATIC, MUST and ComethSwap LP per batches of new players.

The best players will receive an invitation ticket for the Polygon Galactic Cup to compete against shrewd pilots for much bigger loot.

Polygon Galactic Cup: the 1st stop on the road to the Grand Prix

On the 10th of July at 2pm UTC the first blockchain based e-sport competition will take place on Polygon with 4,000 players competing for ~ $40,000 in Polygon based tokens.

Entry to this tournament will be restricted to ticket holders and only Cometh common spaceship NFTs will be allowed to level the playing field. Don’t miss out on this tournament and start staking your MUST to grab your spaceship and entry ticket.

The Top 500 players receive a ticket for the next event: the Polygon Galactic Trophy. Stay tuned for more details on the tournament.

Selecting the best pilot of the universe, the Polygon Galactic Trophy will gather 1,500 players for a total prize pool of ~$50,000 and will take place on the 17th of July at 2pm UTC. Entry will be restricted to Galactic Trophy ticket holders and only Cometh common and uncommon spaceship NFTs will be allowed. The tickets for this event will be distributed to MUST stakers and exceptional contributors.

Top 100 players will receive a ticket for the final tournament of the season: the Polygon Cup Grand Prix.

Grand finale of this month and the last large event before the summer holiday, the Polygon Galactic Grand Prix will bring together the best Spaceships and the very best pilots. Entry will be restricted to Grand Prix ticket holders and any spaceships will have access to the arena. Only 300 seats will be available and splitted between previous tournament winners, rare and mythic spaceship owners and MUST stakers.

On the 25th of July at 2pm UTC the cream of the crop will compete for ~ 60,000$ in tokens and incredible special awards of the best pilots of the season. Get ready for the show and prepare to bet on the best factions of the universe.