bounty program
Active
Event Info
The Bitgame team has organized a huge bounty campaign to spread awareness of the blockchain-powered entertainment platform. The event will last 12 weeks. Help to make the crypto world know about Bitgame and earn rewards. 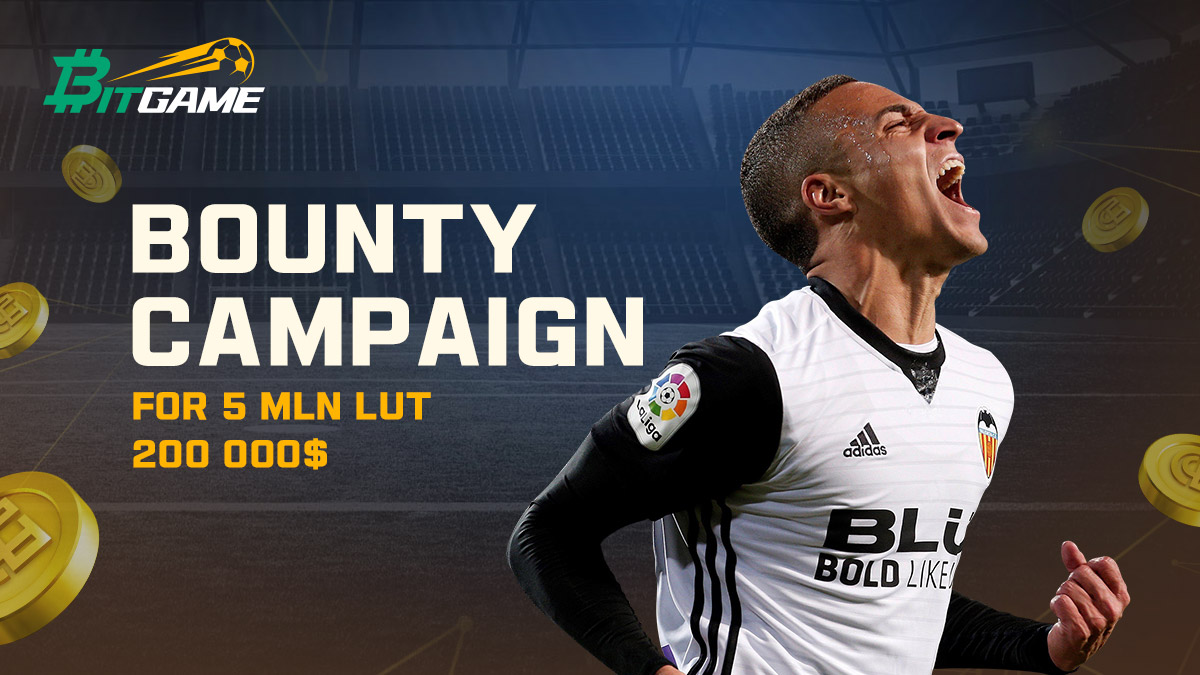 To accelerate the adoption of the Bitgame platform, the team has sponsored a $200,000 bounty cross-platform social media campaign. Users on the Bitcointalk forums are able to take part in the campaign, which requires them to circulate information about Bitgame to their own communities and networks.   Running over 12 weeks, participants will be required to perform specific actions and make certain posts on Twitter, Facebook, Reddit, Instagram, Telegram, YouTube, and TikTok to redeem their LUT. Additionally, some lucky earners will be further rewarded for their participation by receiving randomly drawn cash prizes.

Allocation of Tokens For Bounty

Bitgame’s mission is to provide an inclusive, transparent, and fair sports betting entertainment platform. In realizing a primary issue with traditional sports betting platforms is their centralized and secretive nature, Bitgame has built an entire ecosystem around profit sharing and rewarding user activity and contributions.   As well as hosting the Bitgame team-created platform, this open ecosystem will support user-created Dapps and be geared towards organic expansion. In the future, users will be able to play and bet on an increasing number of games and sports matches on Bitgame.
Type at least 2 characters to search